After two miles (they brought Handy Dandy mouse) they saw a zap worm! (Zap worms are worms that can zap you out their mouth.) They looked at North. They saw a black dot. It's Mr. Komro! (Mr. Komro is a robot that kills people.)

After Handy Dandy mouse had finished speaking, Komro squished Handy Dandy mouse with his spikes on his feet! Bikinman flew up and started to come down while zapping and yelled, "Helf! Help! Het! Help! Hup! Help!" 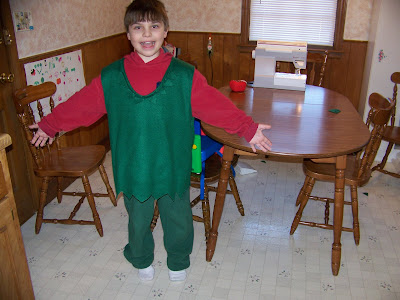 This is my elf suit. Pretty elfie, isn't it? Wach'ya think about it? Please tell me.