Sam knew that he had to worry about the present and the future. Right now he had to:

1: get his potato seeds and potatoes for food
2: find shelter.

And then cry. He had to worry about the living before he cries for the dead.

After he did the first step, he noticed that every-one had no home because of the fire. Sam thought :Why would the figures want to attack? What would they gain?

Sam, after some thought, decided to go out of Bag End to live in another place. It was hard because he wondered what would happen if he left like the time in "Lord of the Rings" when the Ruffians took over, but he was forced to leave, for the sake of his children.

To be continued...
Posted by Happy Elf Mom (Christine) at 7:48 AM No comments:

After Frodo left to the Gray Heavens (see in the book of "Lord of the Rings") Sam had a part missing that he could not cover yet he hid it from his family.

After Frodo left not much was going on except for writing the book that Frodo gave him (see in "Lord of the Rings) and tending to his wife, Rosie, and to the children (who are in average age of 13 and 14). Soon he would be doing more than even he would think to do.

One day, while Sam was growing potatoes and remembering the times he had with Frodo, he saw some figures heading from the East. He thought that it was nothing to think about. After 3 seconds all of Bag End was on fire(including his house)! He managed to get his children out with the book that Frodo gave him, but even in the fire Sam saw Rosie, dead.

My Likings and Dislikings

Of course you know about me, but if you don't, then keep reading.

I like to crack my knuckles. I like to play with my smaller brother and my small sister. I wear glasses sometimes. I have brown eyes. I like to eat and drink. I like to sleep in. I don't pick my eyelashes any more.

I have a compassionate mom who is perfect in nothing.

Thank you for reading!
Posted by Happy Elf Mom (Christine) at 7:48 AM 5 comments: 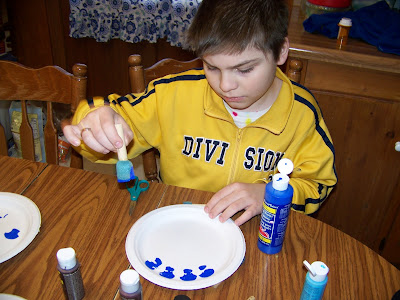 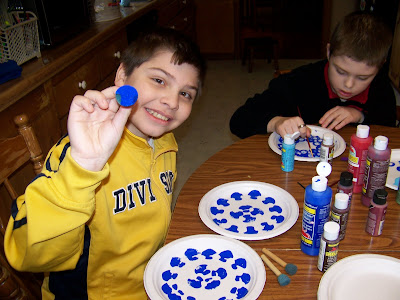 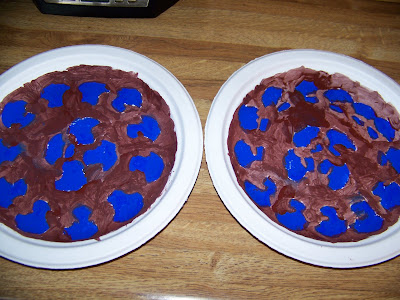 My brother and I have made "Paper Polish Pottery." I am thinking you want to know how to make it, too, pal.

You start by thinking what pattern you want it to be like. I would suggest a simple one so it would be easier on your first time. Your pattern should be symmetrical. Then get a stamp you make when you dab it on a cup, plate, or bowl like the one you thought of. You dab the stamp in some paint and then put it on the kitchen utencil, etc. and paint around it. Voila! You've got "Paper Polish Pottery."
My pattern was a fish scale. My mom cut the sponge to make the stamp the shape I wanted. It was very fun. You would enjoy it, too. Thank you for reading! 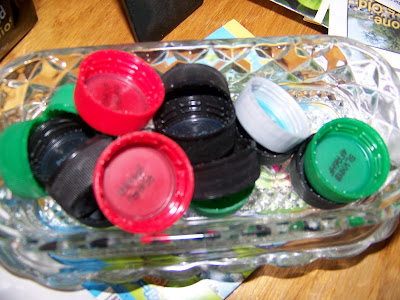 You are now seeing proof that my dad drinks pop. All day I serve pop to my dad. I go up the stairs and find the pop. Next, I go and take the pop and bring it down. Afterward, I give the pop to Dad. Then, I have to watch him drink it. OH, THE HORROR! AHHH! Actually, I do it on my own free will. Thank you for reading.